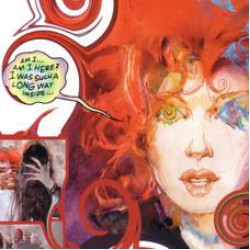 She Asked for It 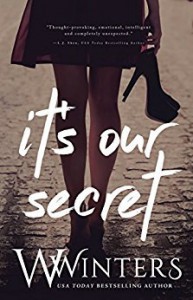 Don't let the title fool you, or at least, don't let it scare you away. This book is important. It's timely. It's cathartic. It can be many things to many people. It made me laugh and cry, it drove me to anger, and I even got a little frustrated, but I was never apathetic.

She Asked for It starts with a short prologue five years in the past, where Allison and Dean both have life-changing incidents that start them on a path towards each other. Then we flash to the present day, where they can't deny an attraction to each other when they see each other at college - even though Allison definitely doesn't need Dean in her life.

They fall into a relationship that's push/pull at best, and agonizingly painful at worst. When they're tested, it could go to hell in the worst way possible, and they have to find out if they can make their way through the fire without getting singed.

Dean is the quintessential tortured, angry boy. A mother who tosses him aside because she cares more for a wealthy husband, a school system that doesn't give a crap about him, he learns that there's nobody he can count on, and everybody leaves. So he leaves first. But for Allison? He wants to stay.

The way the light hits her hair, the way she blinks away the tears that threaten to fall. The way she smiles up at me with the sound of some movie playing on the television in the background. Some moments are burned into your memory forever, and maybe it’s because deep inside we wish it could stay like this. With her nestled into my arms, knowing she’s safe and that nothing bad is going to happen tonight. Not tonight.

On the other hand, Allison had a pretty normal life until an earth-shattering moment in time shook her world. She made a promise, and she was determined to keep it. Later on, an opportunity fell into her lap to keep that promise, so she had to take it.

Allison's promise and Dean's attraction aren't exactly working in cooperation with each other, so the issue is overcoming all of the demons that chase them, and all the things in their pasts that have made them what they are.

I loved this book, and I especially dug that it was fully self-contained with no cliffhanger.

I give She Asked for It 4.5 empty house stars
Tweet